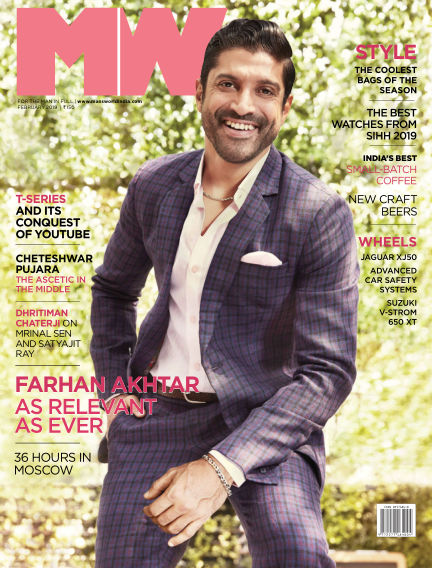 In this issue of MW : Our cover subject this month is the very versatile Farhan Akhtar – actor, producer, director, singer, songwriter and social activist, among others, being his various avatars. With Inside Edge and Mirzapur - the two hit Amazon Prime shows that he executive produced - Akhtar ventured successfully into the online space, and it’s an area he intends to explore further. We also have a fascinating report on the David vs Goliath saga playing out on YouTube – the emergence of T-Series, the mega music and film producers, as a serious threat to the numbers of PewDiePie aka Felix Kjellberg, a hipster from Sweden. There is also a look by Bengali cinema stalwart Dhritiman Chaterji, one of the few actors to have worked with both Mrinal Sen and Satyajit Ray, about the widely differing methods the legendary directors employed while making their films. From the world of sports, there is a riveting analysis of what makes Cheteshwar Pujara such a solid test batsman.

With Readly you can read MW (issue February 2019) and thousands of other magazines on your tablet and smartphone. Get access to all with just one subscription. New releases and back issues – all included.
Try Readly For Free!
MW