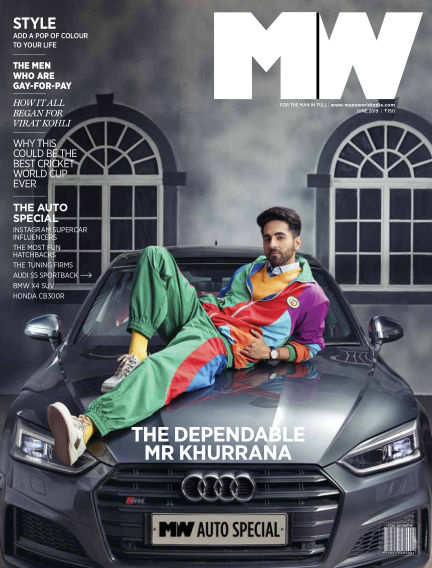 In this issue of MW : Ayushmann Khurrana returns on our cover – deservedly so. He’s an ‘outsider’ in Bollywood, having done the hard yards as a radio and video jockey before getting his big acting break in Vicky Donor, and in the age of the nepotism debate, his stand-on-my-own-feet story is endearing. This wouldn’t have mattered if he hadn’t actually been any good, however – and here too, he scores big. In every film he’s acted in, it has been clear that he’s to the manner born – he’s a gifted, charming performer who effortlessly gets into the skin of the characters he’s playing. He’s been on a 2-year roll, with films like Bareilly Ki Barfi, Shubh Mangal Savdhan, Andhadhun and Badhaai Ho wowing audiences, critics and the box office alike.
A fascinating story in this issue is our piece on the gay-for-pay men in Mumbai – straight guys who are willing to sleep with men for the right price. These are almost always young men who have come to the city with dreams of making it big in the film and fashion worlds, only to find that the chasm between reality and dreams is rather large. This issue is also our annual automotive special and, as always, the section is packed with a variety of stories. Enjoy the issue.

With Readly you can read MW (issue June 2019) and thousands of other magazines on your tablet and smartphone. Get access to all with just one subscription. New releases and back issues – all included.
Try Readly For Free!
MW