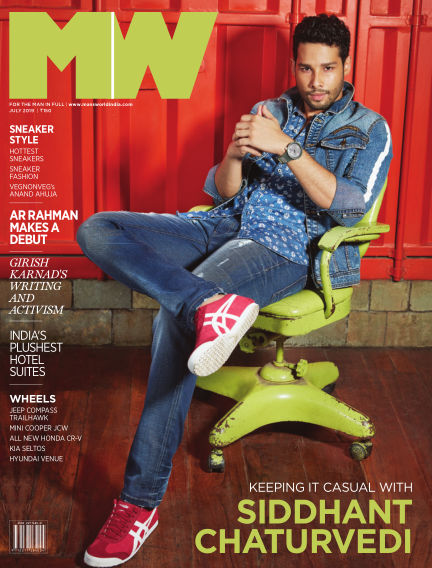 In this issue of MW : Siddhant Chaturvedi, our cover subject this month, was the stand-out find of Gully Boy, a young man still in his early 20s with largely unconventional looks who matched the larger-than-life histrionics of Ranveer Singh. After the big success of the film, it is not surprising that everybody wants a piece of him. The interesting aspect of his success is that he has been largely self-made – no director-uncle, actor-brother or producer-father to talk about.

Stage and indie film giant, Girish Karnad, passed away last month. We have a piece on his outstanding body of work for stage and screen in this issue, discussing Karnad’s adept penmanship, politics, views on sexual freedom and gender dynamics and how his works have relevance in every decade. There is also a bunch of interesting pop culture stories in this issue. From a detailed feature on male strippers in metro cities and the profession’s clandestine anecdotes, to Sarvesh Shashi, the man who’s making yoga cool around the world – you better believe it, because JLo does. We also bring you a collection of graffiti art by some of India’s most popular female street artists, give you an update on the sneaker trend that is consuming urban India, check out the plushest hotel suites in the country and drive the coolest wheels of the month.

With Readly you can read MW (issue July 2019) and thousands of other magazines on your tablet and smartphone. Get access to all with just one subscription. New releases and back issues – all included.
Try Readly For Free!
MW