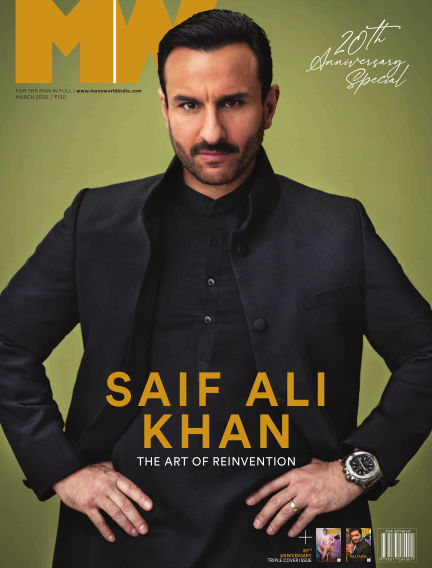 In this issue of MW : Man’s World India magazine celebrates its 20th anniversary this month with a special three-cover issue starring Said Ali Khan, Rajkummar Rao, and Ali Fazal. This issue, we take the opportunity to take stock of how far we’ve come – and where we are shuttling off to. From film to fashion, sports to technology, pop culture to gender equations, we are standing at the cusp of interesting times – the promise of a new decade, new possibilities and ideas. While veterans adapt to the new rules of the game, the young turks are bringing their all-guns-blazing energy and creativity to every industry. Read special essays by various celebrities and opinion leaders, enjoy a retrospective on Indian fashion in the last two decades and a bunch of other stories that reflect our changing times – what’s hot, what’s not and what’s so last decade.

With Readly you can read MW (issue March 2020) and thousands of other magazines on your tablet and smartphone. Get access to all with just one subscription. New releases and back issues – all included.
Try Readly For Free!
MW