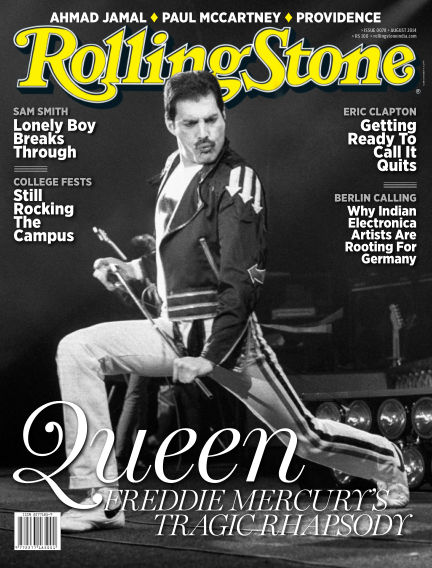 In this issue of Rolling Stone India : The tragic rhapsody of Queen frontman Freddie Mercury, Eric Clapton on his homage to late guitarist-activist JJ Cale, jazz pioneer Ahmad Jamal on his work, legacy and influences, Why Indian electronica artists such as Arjun Vagale and DJ Uri are rooting for Berlin, Mumbai metallers Providence on powering through lineup changes, British prog metal band The Safety Fire on being nominated at UK's Prog Awards, Why campuses still offer the best performance stages across the country, and more in this month's issue

With Readly you can read Rolling Stone India (issue August 2014) and thousands of other magazines on your tablet and smartphone. Get access to all with just one subscription. New releases and back issues – all included.
Try Readly For Free!
Rolling Stone India