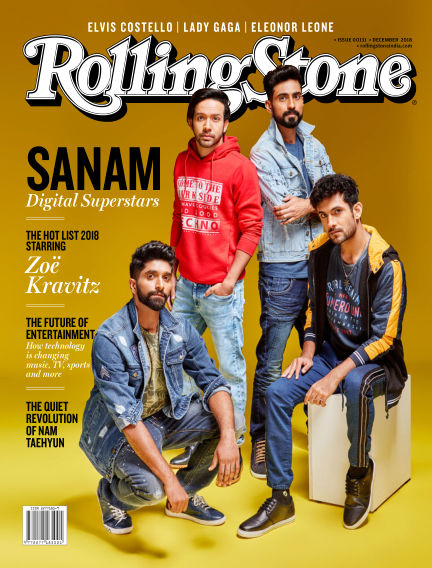 This issue also features our Hot List of several personalities and events which have shaped music and pop culture over the past year--Zoë Kravitz, Robyn, disastrous award shows and the expanding phenomenon of 'weed chefs' all make an appearance. Other stories include South Korean singer Nam Taehyun's journey from K-pop idol to rock rebel, Lady Gaga's tremendous movie star reinvention, Irish post-rockers God Is An Astronaut's excitement around their upcoming India debut and an analysis on the rising power of Korean group BTS's Indian fan base.

With Readly you can read Rolling Stone India (issue December 2018) and thousands of other magazines on your tablet and smartphone. Get access to all with just one subscription. New releases and back issues – all included.
Try Readly For Free!
Rolling Stone India