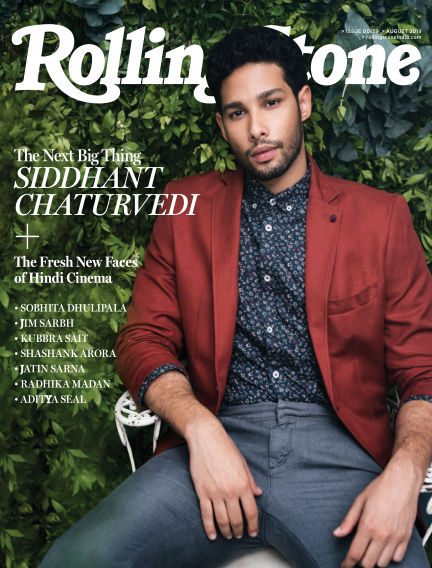 In this issue of Rolling Stone India : #CinemaSpecial: Bollywood actor Siddhant Chaturvedi is our August cover star. It's been years since an unknown face broke into the Hindi film industry and grabbed it by the collars the way he did via the critically acclaimed 'Gully Boy.' Also featured are some of the fresh new faces of Indian cinema; actors like Sobhita Dhulipala, Jatin Sarna, Jim Sarbh, Kubbra Sait, Shashank Arora, Radhika Madan and Aditya Seal found recognition this year through their exemplary work across film and television. Other conversations in this issue include those with ATEEZ, Lou Bega, DEATH BY FUNGI, Shubhangi Joshi Collective and more.

With Readly you can read Rolling Stone India (issue August 2019) and thousands of other magazines on your tablet and smartphone. Get access to all with just one subscription. New releases and back issues – all included.
Try Readly For Free!
Rolling Stone India