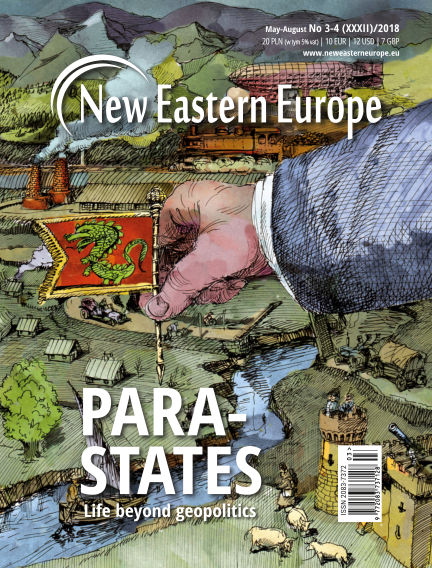 In this issue of New Eastern Europe : This year marks a decade since the United Nations Security Council unanimously passed Resolution 1808 reaffirming the commitment of the international community to Georgia’s territorial integrity and promoting the settlement of the Georgian-Abkhaz conflict by peaceful means. However, only a few months later, in August 2008 a war erupted between Georgia and South Ossetia, Abkhazia, and Russia, resulting in the victory of the latter and expulsion of the Georgian military from both territories.

As a result, Russia and a handful of other states officially recognised the independence of both South Ossetia and Abkhazia, stating that they will never be a part of Georgia.

The rest of the international community, however, continues to adhere to the UN resolution, not recognising these regions as independent states. A decade onward, despite this lack of international recognition not only do both territories continue to exist, but are also not sole examples of para, or de facto, states that operate on the so-called post-Soviet territory. Even more, within their boundaries there are countless societies and communities whose livelihoods are surely affected by their states’ unusual status in international relations. Yet they continue to lead their lives, just like people in other states and areas.

The following stories presented in this issue tackle the complexity of para-states in the post-Soviet space. Our authors analyse their complex status and position but also take you beyond geopolitics. They focus on elements that elude the everyday policymaker or analyst. They look at culture, identity and entrepreneurship. And while generally it is our editorial policy to follow international norms, some of the authors are from these unrecognised places and may refer to their homes as a country or state. After all, as Thomas de Waal writes in his opening essay, “political scientists insist that statehood is a political definition and can exist without recognition”. While any resolution to these conflicts seems presently unimaginable, getting to know the realities on the ground could be a first step towards progress. However, we should also heed the warning in Ziemowit Szczerek’s essay, which argues that the spectre of separatism still haunts the region and could easily appear in the Western Balkans or even Central Europe, especially if the West gives up on its role in the region.

With Readly you can read New Eastern Europe (issue May-August 2018) and thousands of other magazines on your tablet and smartphone. Get access to all with just one subscription. New releases and back issues – all included.
Try Readly For Free!
New Eastern Europe
KOLEGIUM EUROPY WSCHODNIEJ IM.JANA NOWAKA-JEZIORAŃSKIEGO WE WROCŁAWIU
Tweet