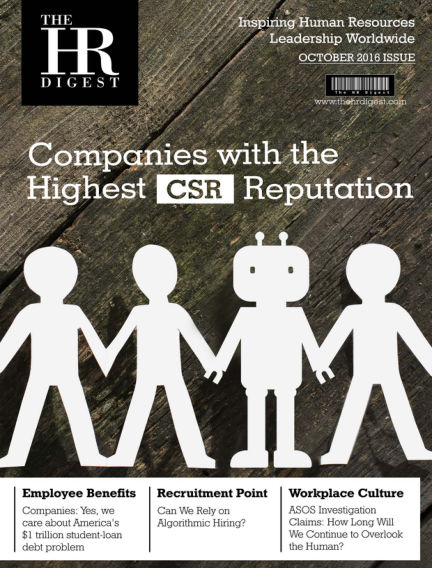 In this issue of The HR Digest : Some believe, corporate philanthropy is on the decline. Companies increasingly see themselves caught up between critics demanding higher levels of Corporate Social Responsibility and investors bulldozing to capitalize on short-term profits. This has led companies to become more strategic in their Corporate Social Responsibility. Increasingly, CSR is used as a form of promoting a company’s image through case-related or other high-profile charitable sponsorships. In the past decade, U.S. corporate spending on CSR jumped from $945 million in 2006 to an estimated $16 billion a year in 2016. Among these are some shining examples of companies which provide much-needed support to worthy causes, and in return increase their visibility and improve employee morale. The HR Digest’s ranking of ‘America’s Most Generous Companies’ shines light on companies with the highest CSR reputation. Plunge in!

Among other things, we have, Workplace Culture, which delves into the ASOS exposé of warehouse employee mistreatment in an investigation led by a leading Internet media company. Some of these horrific accounts by warehouse workers, raise the question: Are we forgetting the human in our pursuit to higher profits?

You might also like Q&A with Jane, your official canon for brutally honest, straightforward answers to HR related queries, and concerns answered by Jane Harper. Legal Hub discusses why and how religious freedom outweighs transgender civil rights!

With Readly you can read The HR Digest (issue October 2016) and thousands of other magazines on your tablet and smartphone. Get access to all with just one subscription. New releases and back issues – all included.
Try Readly For Free!
The HR Digest