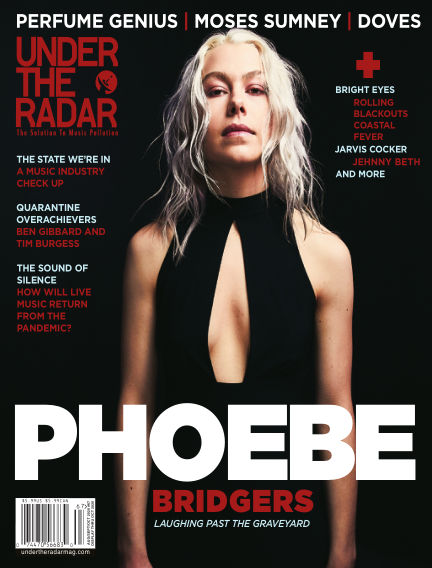 In this issue of Under the Radar : Under the Radar is excited to announce the full details of our new print issue. The issue features Phoebe Bridgers and Moses Sumney on the two covers. Issue 67 was originally supposed to come out in late May/early June, but was postponed and slightly retooled due to the COVID-19 pandemic.

The issue also features an in-depth article on the current state of the music industry that incorporates interviews with Wayne Coyne of The Flaming Lips, Lucy Dacus, Shamir, Greg Saunier of Deerhoof, Hrishikesh Hirway of Song Exploder, Japanese Breakfast, Murray Lightburn, Zane Lowe of Beats 1, Robb Nansel of Saddle Creek Records, Amanda Palmer, Kevin Barnes of of Montreal, Simon Raymonde of Belle Union and Cocteau Twins, Puja Patel of Pitchfork, and many others. Plus there is a piece on how and when the live music industry might return from the pandemic.

With Readly you can read Under the Radar (issue #67 - Sept/Oct 2020) and thousands of other magazines on your tablet and smartphone. Get access to all with just one subscription. New releases and back issues – all included.
Try Readly For Free!
Under the Radar